This landmark decision from Hong Kong’s highest court lifts the restriction that refused same-sex civil union partnerships and married couples a right to the dependant visa.

On Wednesday 4 July, the Hong Kong Court of Appeal ruled unanimously in favour of a British expat who has been battling against this immigration policy.

This British expat, referred to the in court as QT, has been struggling against the ruling since she and her wife moved to Hong Kong in 2011. She and her partner, SS, had entered a civil partnership in Britain shortly before SS secured a job in Hong Kong.

QT took the denied visa to court. She initially lost in 2016, but the appeal was taken to the highest court. She’s finally succeeded in having her rights recognised.

Although discrimination based on sexual orientation is illegal, same-sex marriages are not recognised in Hong Kong. Despite the ruling, the city’s definition of marriage remains a union between a woman and man. However, it remains a vital step forwards for the LGBT community and means marriages and civil unions between same sex couples will be recognised for the purposes of the dependant visa.

The change has the support of global financial institutions based in Hong Kong, including Goldman Sachs Services (Asia) and Morgan Stanley Asia. Many companies have found the visa restrictions to be a barrier for moving financial talent around. For many expats, this will open up new doors.

This is a landmark moment for the LGTB community. Compared to many other areas of the world, LGTB rights are generally limited across Asia. Taiwan has been the leader on the LGTB rights scene in East Asia, and it’s fantastic to see this progressive attitude taking hold in Hong Kong.

Hong Kong to Bahrain in a Hurry – Megumi’s Story and Relocation Tips
Why Use A Relocation Consultant? 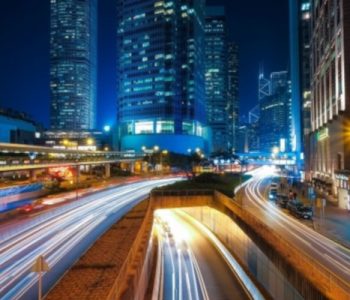